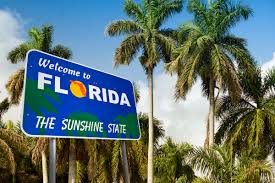 The trend at the federal and state levels has been toward lower taxes, which is favorable for residents and businesses alike.

Local officials, however, are bucking this trend. By a lot of bucks.

The governments of Nassau County and several cities are proposing higher – and in some cases, much higher – property taxes for this coming year. And the shame is that tax receipts are already soaring due to higher property valuations in our area.

Therefore, these government entities will essentially double-dip on property taxes. In the meantime, both the state of Florida and the federal government have been reducing taxes in a variety of ways.

So why the disconnect, you might ask? The exact answers are as difficult to find as Jimmy Hoffa.

The county says it needs new and better roads — and roads are costly to build or refurbish. Fernandina Beach says it needs money for the waterfront/marina. The schools must reinforce their premises against gun violence.

Even for those living outside any cities, the total taxes you pay will likely increase by nearly 10 percent (according to the “Notice of Proposed Property Taxes” everyone receives). So if you paid $2500 in property taxes last year, you will now pay $2750, for instance (depending on the value of your property). If you live inside cities like Fernandina Beach or Hilliard, you will likely pay even higher taxes next year.

There are taxes on things other than your property. The county is also proposing a big hike in the gas tax charged at the pump. And there are sales taxes. (It must be noted that the proposed tax rates could be lowered before the final budgets are adopted.)

Granted, Nassau County is growing. And attracting more tourists than ever. This is mostly positive, although there are costs – even for existing residents.

The county has been negligent in passing off “growth-related costs” to new businesses and residents. This could be done through impact fees, for instance. Or by requiring major developments to contribute toward new roads, or even new schools or recreational facilities.

In the case of Nassau County, the financial burden is being placed upon those who are already here. We do need new and better roads. But most residents would probably agree that this burden should be placed on new development, when possible.

And Florida continues to flourish with a $3 billion surplus each of the last few years, while living within its means. There is no income tax in Florida, but there are state taxes on property, sales, gas, etc.

Trends toward lower taxes and regulations are favorable, whether at the federal, state or local levels. As proof, the U.S. economy grew by more than 4 percent last quarter.

Local officials need to learn from the federal and state examples – and follow them, not buck them. The only bucks we want are those in our pockets.

(Steve Nicklas is a financial advisor and a chartered retirement planning counselor for a regional U.S. firm who lives on Amelia Island. He is also an award-winning columnist. His business columns regularly appear in several newspapers in North Florida and on his website SteveNicklasMarketplace.com. He has published a book of his favorite columns from the last 20 years, “All About Money.” The book is available in local stores and on Amazon. He can be reached at 904-753-0236 or at thenicklasteam2@msn.com.)