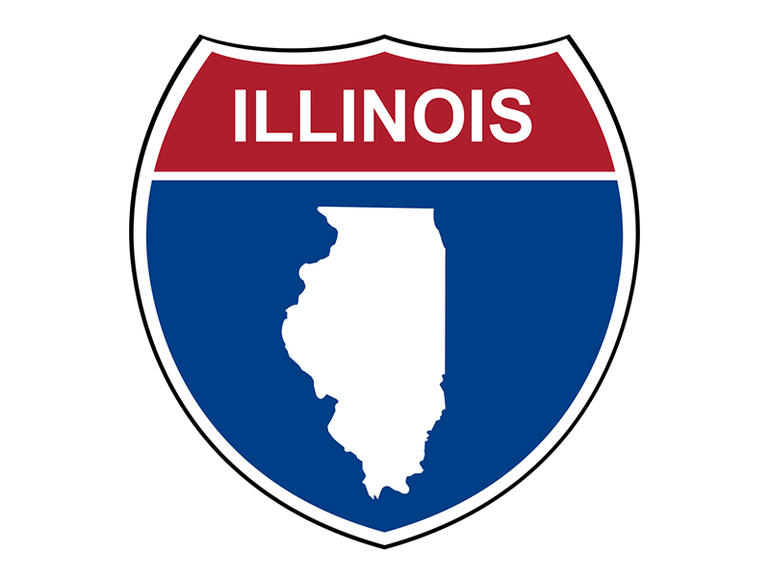 If you wanted to play the Powerball or Mega Millions lottery games in Illinois last week, you were out of luck.

The beleaguered state cancelled the high-stakes games. Even if you had played and won, you would have still been out of luck, however — Illinois could not pay your winnings. The state is that broke, the budget condition is that bleak.

And if you live in Illinois, or own a business there, you might still be considered unlucky. Higher taxes are coming your way as sure as the winter winds blow from Lake Michigan. The tax increases will likely come with the speed of Lake Michigan winds and be as chilling for the local economy.

This is where the picture gets even bleaker. You see, Illinois is backed into a precarious corner. Raising individual and corporate tax rates can temporarily remedy the budget crisis. But this is how Illinois got into its predicament in the first place.

“Illinois is just days away from entering a financial death spiral,” says one financial expert.

Illinois has lost more residents than any other state for three straight years. The state’s credit rating has been downgraded more than 20 times since 2009 — and could fall below investment grade this month. And personal income has hardly grown in recent years.

The state budget situation is a complete mess. Illinois faces a $5 billion deficit, and reportedly has $15 billion in unpaid bills and $251 billion in unfunded public-sector pensions. The state has many financial parallels to Puerto Rico, which recently applied to be our 51st state.

Puerto Rico has also been beset by the same triumvirate of problems: excessive public spending and taxes, bloated public-sector unions, and too many entitlements. Like Illinois, it too is on the precipice of bankruptcy.

Puerto Rico is considered a “U.S. territory,” although this has a nebulous meaning. Puerto Rico has financial problems that the U.S. does not want to own: $74 billion in debt and $49 billion in public-pension obligations.

The question is whether the U.S. government will take ownership of some or all of Puerto Rico’s debt — or whether it will help Illinois with a financial bailout. If not, bankruptcy is a real risk in both instances in coming years.

Tax increases are not a workable, longstanding solution. In New Jersey, for instance, the state implemented a “millionaire’s tax” on wealthy residents. The mindset was that the wealthy could afford to pay more. It backfired, however, as many of these millionaires moved out of New Jersey.

As economist Steve Moore says, people vote with their feet. They regularly move out of high-tax states into low-tax states, especially after they retire. This feeds the economy in states like Florida, where there is no state income tax.

Florida boasts a stellar financial situation for which Illinois would probably trade away any asset, even the city of Chicago (which has faced financial troubles). Florida has had a balanced budget the last two years, with a $3 billion surplus.

Illinois, meanwhile, faces a serious act of austerity to get its finances together. It may be too little, too late. A Republican governor there is locked in an impasse with a Democratic legislature. And the deadline for approving a budget is quickly approaching.

To its credit, Illinois is still able to offer its lower-payout lottery games for residents. With one caveat. If you hit a lottery ticket for more than $25,000, you can celebrate right away — but you will have to wait to get your winnings.

(Steve Nicklas is a financial advisor and a chartered retirement planning counselor with a major U.S. firm who lives on Amelia Island. His financial columns appear in newspapers in North Florida and in South Georgia. He has published a book, “All About Money,” of his favorite columns from the last 20 years. The book is available in local stores and on Amazon.com. He can be reached at 904-753-0236 or at thenicklasteam2@msn.com.)